Through the years, it's become the n-word for people who are overweight.

Then come the jokes: 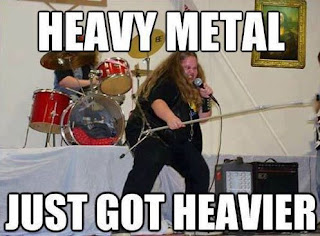 Not only is society okay with making fun of fat people, but those who are chunky even have a term for it: "Fat shaming." 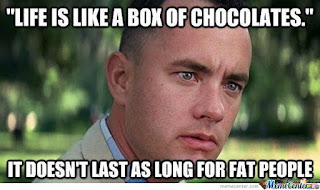 According to every doctor I've spoken to, twenty pounds over the average weight is, not just fat, but obese. The word chubby doesn't even exist anymore.

The average weight for a person my age [33] is around 178 pounds [80 kg]. A large person's average weight is roughly 198 pounds [90ish kg]. I Googled the results, which don't take into account that not everyone is the same height or genetics, which both contribute to a person's weight.

Although most of my weight consists of muscle, I'm considered obese according to the number.

Being fat is so funny to people here in Japan, too.

Three times a random man over sixty has thought it was socially acceptable to come over to me, laugh, and poke my stomach. The last time it happened, I was at a park enjoying Hanami with a friend. 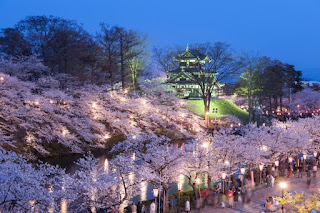 A group of ten drunken old men circled me while chuckling and patted my gut.

I was able to laugh about it and make fun of them for being old. But, the comments, the expressions of judgment, the pointing--really aggravated me.

Even though they gave me a ton of sake for free, and were just trying to have a good time, I wanted to knock those jolly jerks out. How dare they think it was okay to make fun of the way I look.

Am I fat? Yes, according to doctors and random old men. My height and muscle mass don't matter. All that matters: I have a gut, therefore should diet. And it's okay to make fun of me.

No one ever asks if I eat healthy. It's assumed because I'm over the standard weight I eat like an asshole and never exercise.

Yet, I do watch what I put into my body.

I lift weights about three times a week and get some cardio in, too.

Here's the insane cardio activity that I do on my roof when it isn't raining:

In case you're curious about what this fat guy does to gain muscle, here: Link

Despite my hard work and dedication to living healthy, almost everyone has advice for me on what I should do to lose weight, and they never ask what I do do or how much I've improved over the last few years. Or the most important question, "Why am I overweight?"

Doesn't matter to society that I do my best.

My weight is joke, something I can easily fix and don't because I'm lazy. 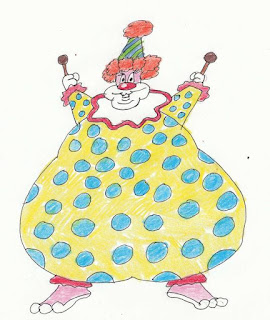 You know what's not funny?

My sister killed herself because she hated how she looked.

I'm not sharing this for pity, instead to point out how hard it is for people, not just fat people, but everyone. My sister never loved herself because of how she looked. That killed her.

I, however, love myself. I'm not in denial of being overweight. I do my best and can't control what happens beyond that factor. So I deal with it and decide to put one foot forward.

Being overweight doesn't cause me to love myself any less either. Nor will I let people who don't know me tell me how to feel about myself.

Do they know I had major operations that make it impossible for me to bend certain ways so I can't do a natural sit-up, or how I struggle to tie my shoes and put on socks? How my legs fall asleep at random because of my poor blood circulation? Do they know 30 of the 230 pounds I weigh comes from metal in my body holding it all together?

And you know what, anyone who assumes I need to go on a diet--that I'm fat for no reason--that it's funny can stick it where the sun don't shine.

On that, tonight, I had a date with a girl much younger than me. Too young I realize now. 19. Over the phone she was engaging, fun, and interesting. So when she asked me out, I said, "Yes."

We met at one of my favorite spots in Nagoya and headed to a skyline cafe where we'd get a good view of the city. 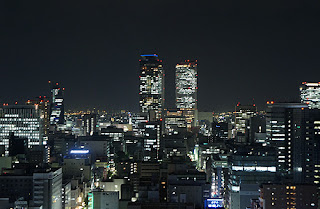 I didn't put two-and-two together when she made a comment about how I was lucky there's an elevator to get up there while staring at my gut.

At the cafe, everything she talked about was looks, too.

She kept calling herself ugly so I'd compliment her and the sucker I am, I told her she was beautiful. Actually, she was pretty, but I discovered only on the outside. My main qualm about her attitude was when I paid she didn't thank me or say anything about it, as if she'd expected the gesture. For the record, if someone pays for you, thank them.

I pointed out this nice place across the way from the cafe. The Skyline Promenade. 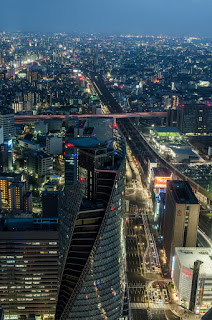 Did she mention the glorious view?

She said something else about me being lucky there was an elevator, this time pointing to my gut. And then I realized what she was saying. "I was fat."

I told her she was funny and let things be.

As we walked around the promenade, the girl was extremely negative, pointing at every couple and saying they wouldn't last. On the bright side, she enjoyed the music and sang a little. It was very cute.

When I playfully leaped up on a bench, and like a ninja parried from one ledge to the other she jested, "Be careful, you might break them. Because you're fat."

Looking back, I was physically and metaphorically leaping away from her.

I'd been to this place two other times. This was my quickest visit.

By the way, I paid for her there, too, and again, not even a thank you. She went to the restroom.

I checked my phone and noticed right before our date had began she sent me a text.

I had noticed she'd sent me a text when we met up, but hadn't read it until then and there kicked myself for wasting my time with her. The date was an hour and a half and over in a blink. I told her I had to go, that a friend sent me an emergency text. She could tell I just wanted the date to be over.

It's not a word that scares me and if someone judges me for being a bit overweight it's on them.

Sometimes on my days off I like to rest. It usually irks me how the firemen, whose station is five feet from my house, are always noisy as hell. Not just a little loud. They yell commands at each other all-day long at the top of their lungs, use these infuriating whistles and megaphones to communicate, etc. 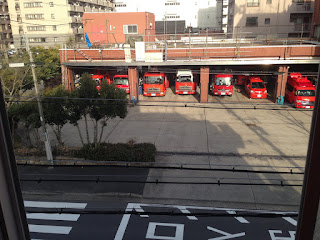 [That's the station right outside of my house.]

It's like an opera of shrilling for hours. I've been bothered by this for about a year. I started to suspect that I had Misophonia: it's when you get pissed off to a point near violence over random sounds around you such as the repeated clicking of a pen.

And there's nothing I could do about this issue because this is how firemen train in Japan.

So, I've put up with the problem and been silently angry.

[credit]
Minutes ago, the fire alarm was going off. I live in an old three-story hotel renovated into a huge house. Imagine how loud that had to be. Ringing on every floor.

The solution: I walked outside and waved my arms at the firemen. The team marched inside to check the house.
They thoroughly searched and told one of my share mates that a detector caught a whiff of smoke. They didn't know which one. But they're right outside in case there's a problem.
Future reference, instead of getting angry about those fire dudes training outside, I'll learn to appreciate them more.
Posted by BAM Writes at 12:51 AM No comments:

Ten Things That You Should Know

“TTTYSK” or “Ten Things That You Should Know” was a weekly blog I wrote on myspace.com in 2006 under the alias “Devilsthirll.”
Note: “Devilsthrill” is in homage to a song I was listening to called, “The Devil’s Trill” the first time I started writing a story and blended with the name of one of my favorite songs, “The Thriller.” But the name in itself was initially a typo, and it stuck.
When I wrote “Ten Things That You Should Know,” it was before everyone and their cat had a blog. That’s partly why “TTTYSK” reached over 50,000 weekly readers, and was usually the #3 read blog on Myspace.
A few readers swore they saw the blog hit #1 a few times. I retired from writing “TTTYSK” ending at weekly issue #136, and stopped writing the column by the same name with Chill Magazine, LLC, in 2008 to work on other projects.


There’s always a chance I could come up with a book of fun fact based antics. For now you can catch similar humor to “TTTYSK."
ONE: “Better to remain silent and be thought a fool than to speak out and remove all doubt.” –Abraham Lincoln. My favorite quote by him. Lincoln also said to not take everything you read on the Internet seriously. That one’s important, too.

TWO: Sound studies have shown that cats hear better than dogs, thus your house cat is lazy, not deaf.

THREE: Psychologists say that boredom is a symptom of selfishness. This means about 99% of Americans are selfish. A shocker, huh?

FOUR: In the Hebrew and the Greek language, Gandhi originally noted there were three words for love. “Eros:” romantic love. “Philios:” affection between friends or man and woman. “Agape:” which is the “understanding, redeeming good will for all men,” meaning neighborly love. I was surprised there wasn’t a fourth love: “Chocolatetos.” The love for, well, chocolate.

SIX: English is the hardest language to learn. It has so many rules even the English have to take courses in it.

SEVEN: A single word can rune a sentence. I read that in an ancient crypt.

EIGHT: In a story, when two characters are arguing, it is the writer arguing within.

TEN: There are no stupid questions, just stupid people. Reading makes you smarter, so don’t be stupid, pick up a book.

Until Next Time, Remember to Remember…
~BAM
Posted by BAM Writes at 10:06 AM No comments: